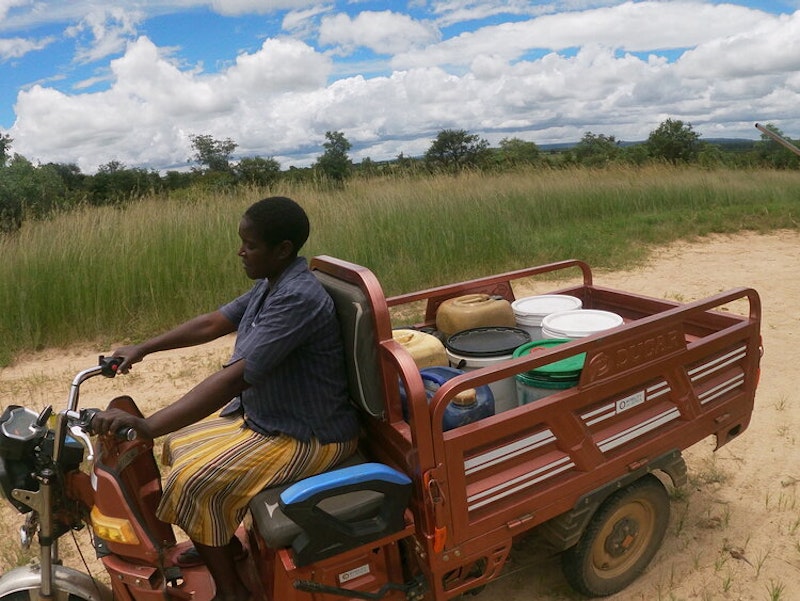 Mobility for Africa, a start up registered in Zimbabwe under parent company Locomotion for Africa, is working with social impact investors, to support rural women running businesses in remote areas.
Robust, renewable energy charged electric tricycles, supported by trained community support services, provide an avenue for communities to overcome travel obstacles and contribute to local economies. Powered through community based off grid energy supply, e-tricycles could provide the incentive for increased economic activity, creating new local markets and enhancing rural livelihoods.
A pilot targeting small scale farmers is building the evidence on usage, financial sustainability, technology, including renewable energy and GPS, and the social and economic impact on households. The electric tricycles can be used for transporting agricultural produce, and also people including trips to hospitals.
For many rural women, days are busy. Not only do they do 60 percent of the agricultural work, but manage the household as well. Often the biggest use of their time is spent walking, getting from one place to another. Women walk long distances to fetch water, or get to the river to do the dishes or clean the clothes. It can be a long balancing act, carrying goods on their heads, to get to the market to sell or bringing home the groceries. Faced with a lack of services and infrastructure, rural women carry a great part of the burden of providing water and fuel for their households.
Infrastructure and transport remain huge obstacles for development in many parts of Africa. Rural farmers are often far away from main transport roads and suffer huge cost in both time and finances to get their goods to market. It hinders the development of agriculture with a 2011 report indicating that more than half of the untapped potential for cultivation in the region is located more than six hours away from a major market.
While there has been investment in building main roads, there is still a huge network of rural areas that depend on gravel roads that are not serviced by regular and reliable transport. Over the past four decades, there has been a significant extension of the paved road network in Africa, however, many road networks are of poor quality or do not reach small and remote communities.
Beyond the classified network of primary and secondary roads, there is a vast unclassified network of tracks providing varying degrees of service to rural areas. Fewer than 40 percent of rural Africans live within two kilometers of an all-season road. There is evidence that physical isolation is preventing large areas of the continent from reaching their true agricultural potential and increasing economic activity. For further information see the IDTechEx report on Battery Swapping for Electric Vehicles 2022-2032: Technology, Players and Forecasts.
While roads are critical, so is the availability of transport. Transport in Africa is very costly to use, not only because of slow travel times due to the poor state of roads, but because of 'non-physical' transport costs related to delays, poor competition in the transport industry leading to higher prices, and a dependency on fossil fuels. It is estimated that moving goods can be two to three times higher than in other more developed parts of the world.
Mobility for Africa's solar tricycles provide an avenue for marginalized and poor families to overcome distances to services and contribute to local economies.
With the spread of renewable energy and global investment in electric transport, Mobility for Africa believes there is no reason the world's poorest people should be bypassed. If we are to succeed in reducing global warming, we need to make sure that transition happens in both rich and poor countries.
The critical target market for Mobility for Africa is women living under $5 per day. According to the Food and Agriculture Organization of the United Nations (FAO), 80 percent of the farmland in sub-Saharan Africa is managed by smallholders (working on up to 10 hectares) and almost 50 percent are women. FAO estimates that with more productive resources, women farmers could increase yields on their farms by 20-30 percent, lifting 100-150 million people out of hunger. Smallholders provide up to 80 percent of the food supply in sub-Saharan Africa. 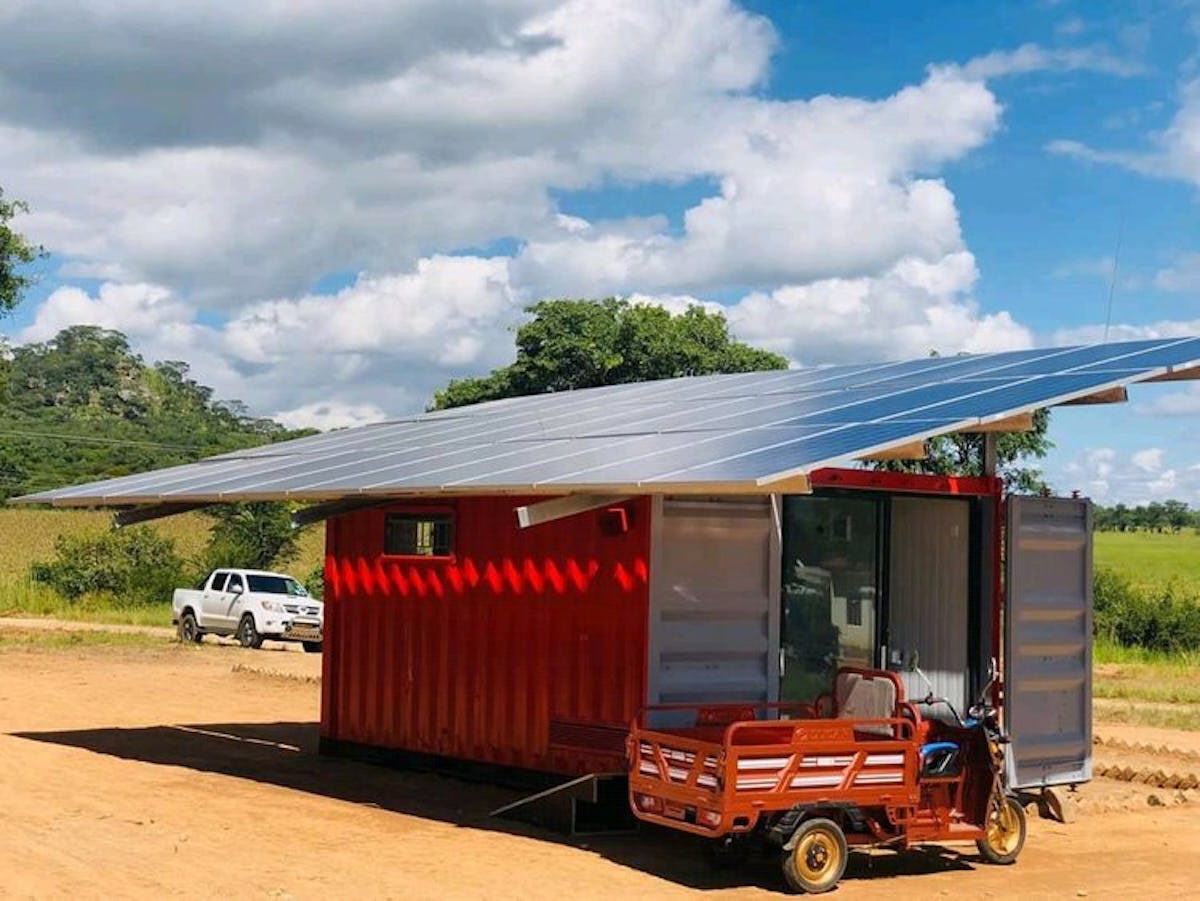 I have a design for these kinds of applications