What is Holding Back Agricultural Robotics? 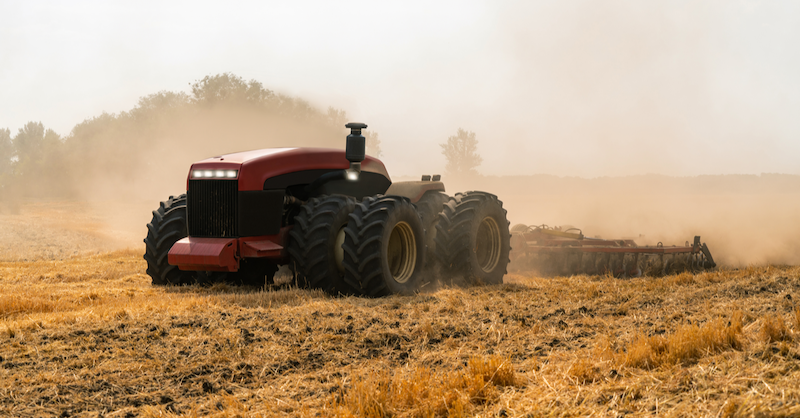 With the advancement of technologies and robotics, as well as the increasing challenges facing the agricultural industry (e.g., labor shortage, high labor costs, etc.), robotics and artificial intelligence (AI) are widely considered as an approach to revolutionize farming. Robots have several advantages over human labor including higher accuracy and efficiency, better consistency and reliability, lower operational costs, and many others. As such, more and more farmers decide to adopt robots (also commonly known as Agbots) and automation to make their businesses more sustainable and efficient.
IDTechEx believes that the digitalization of agriculture will be more and more widely adopted. The transformation will not be overnight, and although the technology evolution is already underway, we can expect the pace of adoption to increase rapidly over the coming years. Some applications of Agbots are already in a mature status whereas others are still in their formative stages.
Agricultural automation/robots have already been applied in several tasks including milking, weeding, fresh fruit and vegetable harvesting, and many others. Due to different levels of technical difficulty and application values, each task has different stages of development ranging from the proof-of-concept phase to the commercialized products. For example, harvesting is typically only needed for a few months each year, therefore, farmers are less willing to invest too much to get a machine that can only be used for such a short period of time. By contrast, weeding machines are much more popular because they are constantly needed throughout the year.
IDTechEx's new report "Agricultural Robotics Market 2022-2032" provides an overview of the stage of commercialization and market size for different applications.

Application areas by market size and technical difficulty. Source: IDTechEx - "Agricultural Robotics Market 2022-2032"
First and foremost, it is important to note that in comparison with other industries (e.g., mining, logistics, delivery, etc.), the agricultural industry has been slow to digitize. Several reasons for this include high upfront costs, low margin of the agricultural industry, insufficient trust from farmers, lack of robustness of agricultural robots, and many others.
Nevertheless, with the rapid evolution of the technologies, along with the increasing technical robustness and trust-gaining ability of robots, more and more people start to realize the potential in agricultural automation. Two of the most well-developed applications for agricultural robots are robotic milking and spraying thanks to their technical simplicity and high application values.
It is often questioned why the overall adoption rate of agricultural robots is still low provided the aforementioned superiorities of robots over human labor. There are several reasons for this.
Lack of trust - unlike other industries, the agricultural industry has relatively low margins, and farmers typically only have one chance per year for seeding and harvesting, meaning that the failure of robots could directly lead to the loss of a farmer's annual income. Therefore, unless the robots have sufficient technical robustness and trustworthiness to mitigate the potential risks, farmers are still hesitant to use these machines.
High costs - even though the costs of buying/leasing robots have been decreasing over the past several years, the upfront investment for robots still seems to be a big financial pressure for farmers. The agriculture industry itself has a low margin, which makes farmers hesitant to make this investment. However, the Robotics-as-a-Service model provides a promising solution for this as farmers can choose to rent the robots whenever they want rather than purchasing the entity.
Lack of geographical availability due to the lack of IT infrastructure - although the technologies used in agricultural robots have been improving for several years, they are still far from being deployed everywhere. One of the biggest challenges of Agbots is the communication system (e.g., WiFi, cellular, etc.). Communication systems require the support of IT infrastructure, however, farms are typically located in rural areas where the infrastructure is very limited. Therefore, the coverage of 3G, 4G, and beyond remains a barrier.
Lack of sufficient funding and sensitive nature - developing an Agbot needs millions (between 50 and 100 million) in capital to scale and research. However, Venture Capitals (VCs) rarely make investments in these companies due to the long payback time, immature technologies, and limited applications. Therefore, those early start-ups are struggling to raise funding and scale up their business.
Although there are several challenges to overcome, IDTechEx believes that the market for agricultural robots will remain bullish for the upcoming decade, with a two-digit growth rate per year. The report "Agricultural Robotics Market 2022-2032" believes that the global market will reach around 13 billion USD by 2032. For more information on this report, please visit www.IDTechEx.com/Agri. For the full portfolio of Robotics, Autonomy & AI research available from IDTechEx please visit www.IDTechEx.com/research/robotics.
IDTechEx guides your strategic business decisions through its Research, Subscription and Consultancy products, helping you profit from emerging technologies. For more information, contact research@IDTechEx.com or visit www.IDTechEx.com. 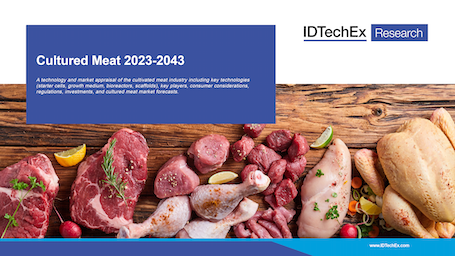