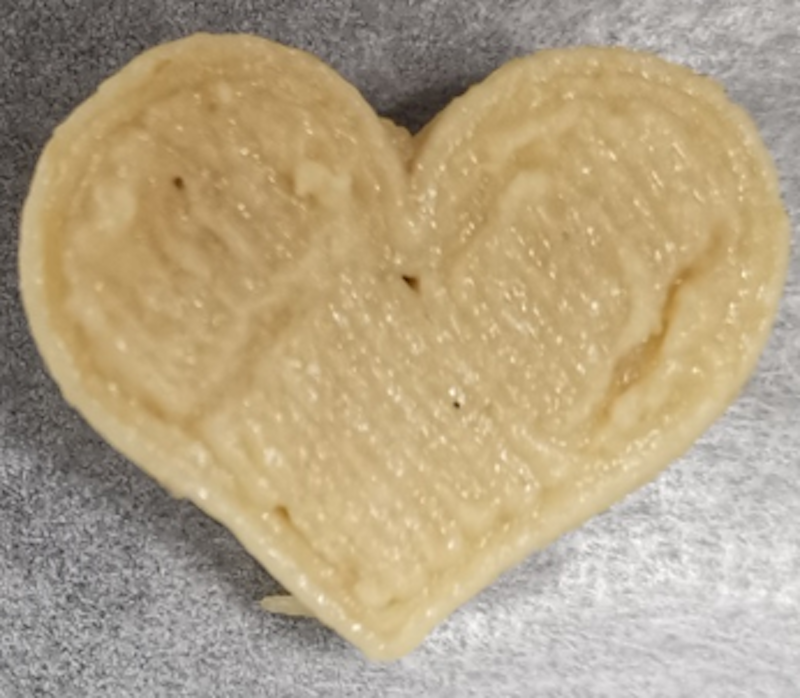 No longer just a dream of vegetarians and vegans, fake meat is becoming more widely available in grocery stores and restaurants. And more options are almost certainly on the way. In a study reported in ACS Food Science & Technology, one team has developed a new combination of plant-based ingredients tailored for 3D printing meat alternatives. Their most successful recipes required an odd-sounding addition: cocoa butter, derived from cocoa beans of chocolate fame.
From animal welfare to environmental sustainability, there are plenty of reasons people choose to avoid eating meat derived from animals. Many current meat alternatives rely on plant-based proteins, most often from soy and wheat, which can readily mimic the texture and nutritional value of the real thing. While 3D printing has already been tested for meat alternatives, none of the current formulations include proteins from these particular plants. So, Songbai Liu and Shanshan Wang wanted to figure out an approach to making a meat "dough" with soy and wheat protein that could be produced effectively with a 3D printer. For further information see the IDTechEx report on Cultured Meat 2021-2041: Technologies, Markets, Forecasts.
The researchers tested soy and wheat proteins in formulations containing several other ingredients using a 3D printer. They evaluated their concoctions based on the accuracy with which the dough could be laid down by the printer and how well it held its form. They also examined its texture and microstructure. The experiments revealed the importance of several additional ingredients, including the emulsifier Tween-80 and sodium alginate to control the texture. Heat-sensitive cocoa butter turned out to be a particularly important ingredient, making the dough more fluid at warm temperatures for printing, but then hardening afterward at room temperature, allowing the dough to retain its printed shape. One drawback, however, is that people who cannot eat wheat gluten or soy because of allergies or celiac disease would not be able to partake of the new alternatives. To address this issue, the researchers attempted to replace the soy protein with that from peas, but the resulting dough was too soft for printing. Even so, these experiments have identified a new strategy for formulating meat alternatives using this versatile technology, according to the researchers.
Source and top image: American Chemical Society