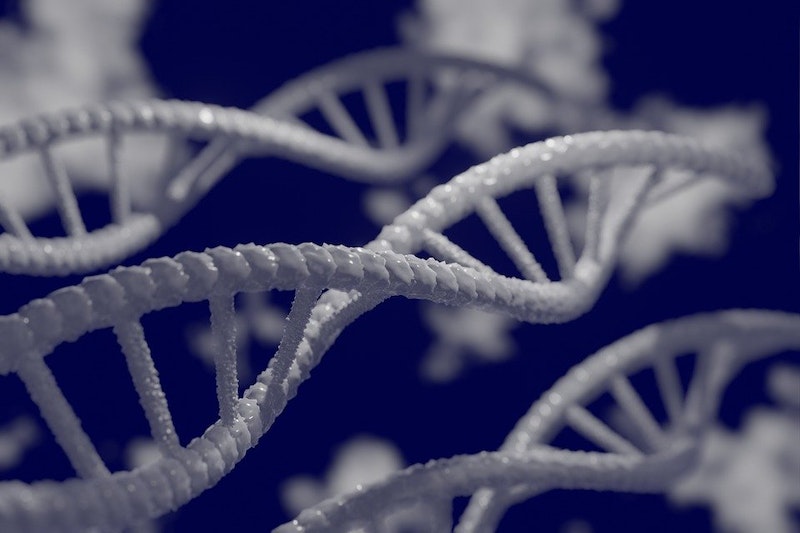 Scientists at the Francis Crick Institute, in collaboration with University of Kent, have used gene editing technology to create female-only and male-only mice litters with 100% efficiency. This proof of principle study, published in Nature Communications demonstrates how the technology could be used to improve animal welfare in scientific research and perhaps also agriculture.
In scientific research and also farming, there is often a need for either male or female animals. For example, laboratory research into male or female reproduction requires only animals of the sex being studied. And in farming, only female animals are required for egg production and in dairy herds. This means it is common practice for animals of the unrequired sex to be culled after birth. For further information see the IDTechEx report on Synthetic Biology 2018.
The researchers' new method uses a two-part genetic system to inactivate embryos shortly after fertilisation, allowing only the desired sex to develop. Such a genetically-based method to control the sex of offspring could drastically reduce culling in both industries.
The embryo selection is based on the fact that there are two elements of CRISPR-Cas9 - the Cas9 enzyme that cuts the DNA, allowing scientists to alter specific regions, and the guide RNA which carries the Cas9 to the right location on the genome. The team placed one element of the system on the father's X or Y chromosome, meaning that it will only be inherited by female or male embryos respectively. The other element is contributed by the mother, and is inherited by all embryos.
They targeted the Top1 gene, which is essential to DNA replication and repair. When an embryo formed from a sperm and egg, each containing one half of CRISPR-Cas9, the gene-editing was triggered in the embryo and it was not able to develop beyond a very early stage of around 16 to 32 cells. Using this method, the researchers were able to control, with 100% effect, the sex of a litter. To produce a male-only litter, the researchers edited the father's X chromosome, meaning only females inherited the deleterious mutation, and for a female-only litter, they edited the Y chromosome.
Surprisingly, the method did not lead to a 50% decrease in the number of offspring produced, rather the litter sizes were between 61% - 72% of the control litters. The researchers suggest this is because animals such as mice produce more eggs than required during each ovarian cycle, allowing for a proportion of them to be lost during early development without reducing litter size. This means that in situations where one sex is needed, fewer breeding animals will be required in order to produce the same number of the desired sex of offspring.
As the Top1 gene is well conserved across mammals, these results may also be applicable to other animals.
Charlotte Douglas, first author and former PhD student and postdoctoral scientist at the Crick, says: "This method works as we split the genome editing process in half, between a male and female, and it is only when the two halves meet in an embryo through breeding, that it is activated. Embryos with both halves cannot develop beyond very early cell stages. We've also shown this process works successfully in different combinations - introducing either the Cas9 or the guide RNA elements on to the mother's or father's chromosomes."
As the offspring which survive only contain half of the CRISPR-Cas9 elements within their genome, this acts as a control preventing the sex-selection being passed down to further generations, unless they are selectively bred with an individual of the opposite sex containing the other half. This is different to genetic engineering through 'gene-drive' methods, which seek to spread a genetic mutation widely amongst a population.
There are also no harmful effects of the gene edit in the surviving offspring.
James Turner, author and group leader of the Sex Chromosome Biology Laboratory at the Crick says: "This work could have immediate and valuable impact in scientific laboratories, as we've shown how it is safe and effective in mice, a common mammal used in medical and scientific research. While a lot of research needs both sexes, there are areas of study where only one is needed. For example, when studying the reproductive system, sex-specific diseases, or certain hormones."
Peter Ellis, author and senior lecturer in molecular genetics and reproduction at University of Kent, says: "The implications of this work are potentially far-reaching when it comes to improving animal welfare, but should be considered at ethical and regulatory levels. In particular, before any potential use in agriculture, there would need to be extensive public conversation and debate, as well as changes to legislation. On the scientific side, there is also much work to be done over a number of years. Further research is needed, first to develop the particular gene editing toolkits for different species, and then to check they are safe and effective."
Source: Francis Crick Institute
Top image: Pixabay

Gene Edited Tomatoes Could be a New Source of Vitamin D
DroneX Trade Show and Helitech Expo
Could Cannabis Present an Opportunity for Vertical Farms?
Painless Microneedle Tattoos That Can be Self-Administered