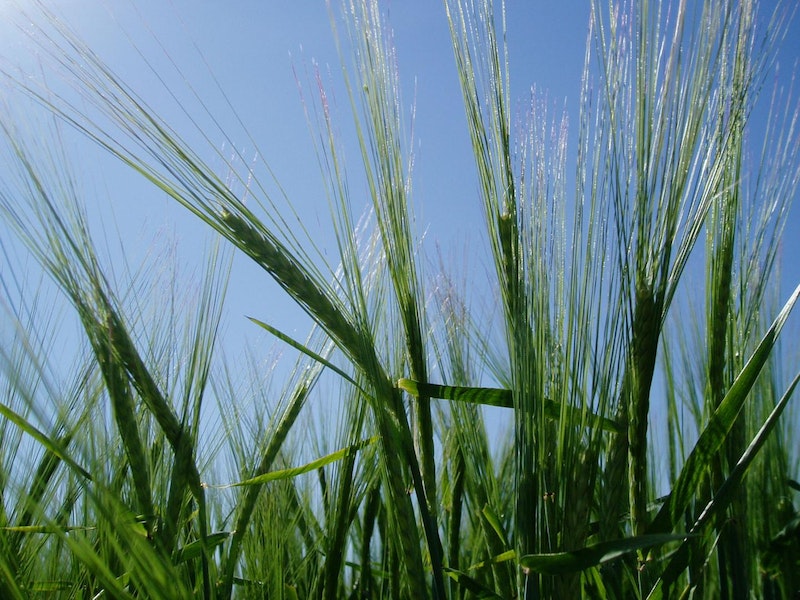 Research has been conducted at the Department of Food Science at the University of Copenhagen (UCPH FOOD) with professor emeritus Lars Munck as coordinator and builds on earlier work since 1963 at Svaloef Plant Breeding Institute and the Carlsberg Laboratory. The research shows how, with the help of a fast, non-destructive and green analysis method, near-infrared spectroscopy (NIRS), we can obtain a global overview that mirrors how the entire chemical composition of nutrients in a barley grain is changed, for example, by a mutation in a single gene. This is in contrast to current conventional plant breeding, where you do not have an overview of all the changes that the barley grain undergoes when a single gene is modified.
Lars Munck and his team have studied barley grains from different barley lines using near-infrared spectroscopy (NIRS). In a split second, this method can provide a "chemical fingerprint" (read more about Near-infrared spectroscopy below) of the barley grains, which describes the chemical-physical composition of the grains, including the nutrients. The researchers analysed the resulting intact spectra by comparing and calibrating them to barley lines of known composition using mathematics (chemometrics). For further information see the IDTechEx report on Genetic Engineering in Agriculture 2021-2031.
"We were surprised by the precision that characterises the chemical fingerprints of the grains from the NIRS spectra. At the same time, it surprised us to find that we got the same classification result if we instead used the secondary nutrients/metabolites determined by a more complicated measurement method called gas chromatography mass spectrometry as the chemical fingerprint. Using two different types of analysis with completely different focuses, we arrived at the same classification result," explains Lars Munck and continues: "This is coherence in a nutshell - all local fingerprints are part of the plant's self-organising network and affect the plant's overall global chemical-physical fingerprints."
One of the barley lines examined was found to have a higher content of the essential amino acid lysine compared to a normal barley. The high content of lysine gives good growth in feeding studies with pigs, but the yield in the field was horrible and with a low starch content.
"By analysing the high-lysine barley lines that were crossed with high starch barley lines bringing high yield, we could use measurements of NIRS fingerprints to select lines with a high content of both lysine and starch, which thus gave higher yields. At the same time, global coherence also allowed us to gain knowledge about the optimal combination of genetic traits for a specific quality purpose," explains Lars Munck, who believes that this is a radical advancement compared to today's plant breeding that is focused on one gene-chemical trait combination at a time.
"With a more holistic approach, allowed by the NIRS method - we can instead examine the chemical fingerprint totality of the different plant lines, and quickly obtain an overview of what material is available and thus target and select lines from the variable crossing pool that are high quality by calibrating to interesting marker lines" says Lars Munck.
Global coherence - the inner self-organisation of the plant
In the discipline of plant breeding, people speak of the genotype, which describes the plant's genetic material, and the phenotype, which describes the traits that can be observed directly or can be measured chemically and thus may be characterised using NIRS.
The approach when using NIRS phenotyping is to change the order of the plant breeding procedure to start by screening the different barley lines for all of their chemical properties represented by fingerprints. This is done by calibrating to known barley lines that have one or more of the desired chemical properties (e.g., high starch content). Only at the end when you have selected the optimal barley line, you make an in-depth determination of the genes that are changed. When searching for an expression for the whole organism, using NIRS fingerprints provides a far more nuanced result, allowing you to examine the overall chemistry of an organism rather than examining each individual gene combination separately. Because coherence guarantees that all fingerprint aspects of an individual communicate you can manage the global composition from very different fingerprint positions.
"With the new method, we have closed the large knowledge gap that exists in the genetics between genotype and phenotype. Now molecular biology will finally have an outlet for its impressive library of primary gene functions, where the result of total contribution of changed genes to a functioning plant can be studied as a whole," says Lars Munck and continues:
"Molecular biology has come up with crucial solutions for genetic diseases, resistance and vaccinations against diseases. But in this success story, we have forgotten that it is not the gene that is the biological unit, but that it is the self-organised individual that uses its inner "calculator" to organize the internal interaction coherence precisely and reproducibly," says Lars Munck.
The researchers call this interaction, which is shown in barley grains using NIRS fingerprints and which they believe can be transferred to all living organisms, global coherence.
"When change occurs in a single or in several of the plant's genes or in the environment, the chemistry and the implicite morphology of the whole organism changes as the plant reorganises itself to obtain a new coherent balance point. This unifying force, coherence, was previously defined in the physics between light beams and atoms in non-living matter and we have now discovered coherence in biology as a macroscopic chemical fingerprint, that we call global coherence. It explains how living matter can replicate itself into recognizable individuals," explains Lars Munck.
The importance of the introduction of macroscopic chemical fingerprint coherence in biology that coordinates physical morphological structures with chemical is a fundamental discovery and highly simplifying complement to molecular genetic indepth understand to gene expression.
Source and top image: University of Copenhagen