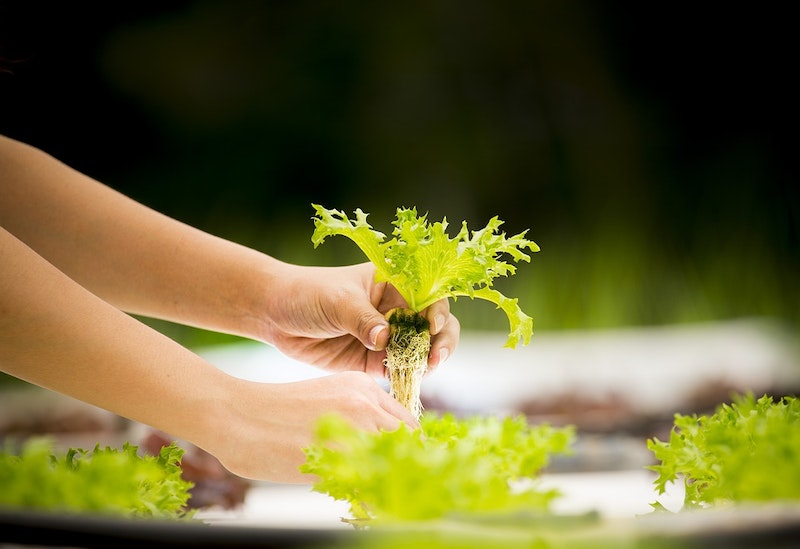 A recent study shows that lettuce can be grown in greenhouses that filter out wavelengths of light used to generate solar power, demonstrating the feasibility of using see-through solar panels in greenhouses to generate electricity.
"We were a little surprised - there was no real reduction in plant growth or health," says Heike Sederoff, co-corresponding author of the study and a professor of plant biology at North Carolina State University. "It means the idea of integrating transparent solar cells into greenhouses can be done."
Because plants do not use all of the wavelengths of light for photosynthesis, researchers have explored the idea of creating semi-transparent organic solar cells that primarily absorb wavelengths of light that plants don't rely on, and incorporating those solar cells into greenhouses. Earlier work from NC State focused on how much energy solar-powered greenhouses could produce. Depending on the design of the greenhouse, and where it is located, solar cells could make many greenhouses energy neutral - or even allow them to generate more power than they use. For further information see the IDTechEx report on Materials Opportunities in Emerging Photovoltaics 2020-2040.
But, until now, it wasn't clear how these semi-transparent solar panels might affect greenhouse crops.
To address the issue, researchers grew crops of red leaf lettuce (Lactuca sativa) in greenhouse chambers for 30 days - from seed to full maturity. The growing conditions, from temperature and water to fertilizer and CO2 concentration, were all constant - except for light. A control group of lettuces was exposed to the full spectrum of white light. The rest of the lettuces were dived into three experimental groups. Each of those groups was exposed to light through different types of filters that absorbed wavelengths of light equivalent to what different types of semi-transparent solar cells would absorb.
"The total amount of light incident on the filters was the same, but the color composition of that light was different for each of the experimental groups," says Harald Ade, co-corresponding author of the study and the Goodnight Innovation Distinguished Professor of Physics at NC State. "Specifically, we manipulated the ratio of blue light to red light in all three filters to see how it affected plant growth," Sederoff says.
To determine the effect of removing various wavelengths of light, the researchers assessed a host of plant characteristics. For example, the researchers paid close attention to visible characteristics that are important to growers, grocers and consumers, such as leaf number, leaf size, and how much the lettuces weighed. But they also assessed markers of plant health and nutritional quality, such as how much CO2 the plants absorbed and the levels of various antioxidants.
"Not only did we find no meaningful difference between the control group and the experimental groups, we also didn't find any significant difference between the different filters," says Brendan O'Connor, co-corresponding author of the study and an associate professor of mechanical and aerospace engineering at NC State.
"There is also forthcoming work that delves into greater detail about the ways in which harvesting various wavelengths of light affects biological processes for lettuces, tomatoes and other crops," Sederoff says.
"This is promising for the future of solar-powered greenhouses," Ade says. "Getting growers to use this technology would be a tough argument if there was a loss of productivity. But now it is a simple economic argument about whether the investment in new greenhouse technology would be offset by energy production and savings."
"Based on the number of people who have contacted me about solar-powered greenhouses when we've published previous work in this space, there is a lot of interest from many growers," O'Connor says. "I think that interest is only going to grow. We've seen enough proof-of-concept prototypes to know this technology is feasible in principle, we just need to see a company take the leap and begin producing to scale." 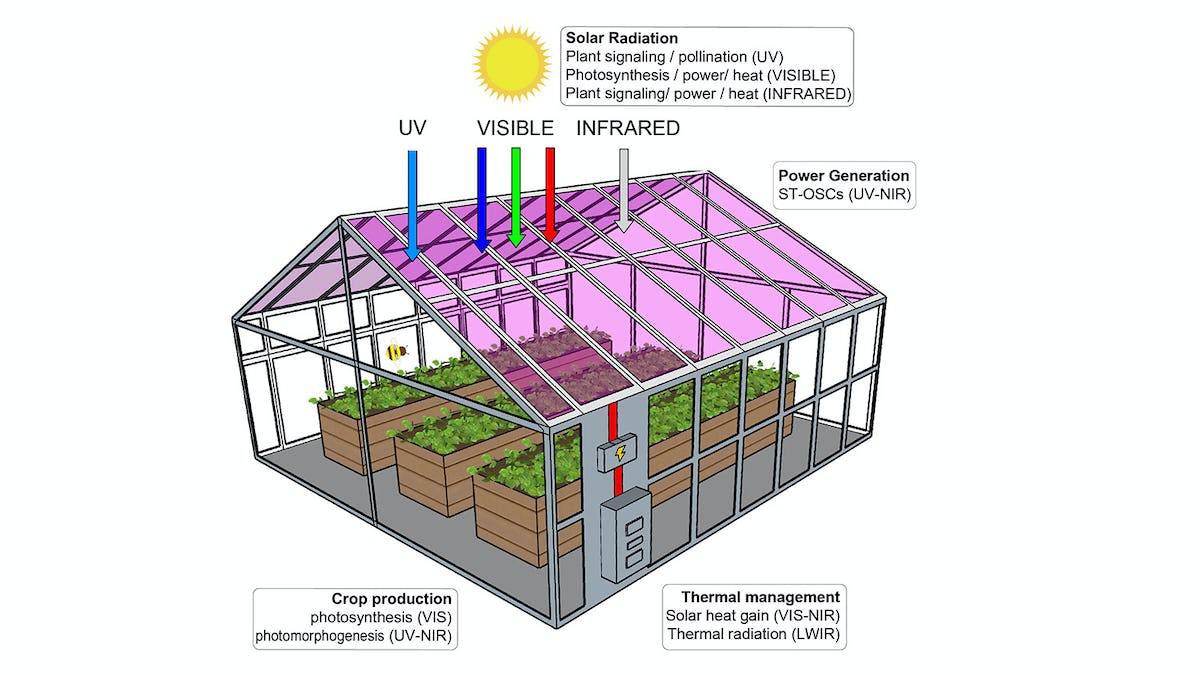